If you are seeking a new MMORPG to play in 2017, I’ll recommend Albion Online, a sandbox MMORPG from Sandbox Interactive, set in the medieval fantasy world of Albion.

Whether playing a hardened fighter, a farmer, a merchant or a master craftsman, in the player-driven world every single weapon and every single building is created by the players. Thanks to a “you are what you wear” system free of typical class restrictions, a skilled archer can instantly become a powerful mage, and the players define their own role within the game world. PvE, PvP or the battle guild vs guild, every action in the game has a meaning… as well as consequences. 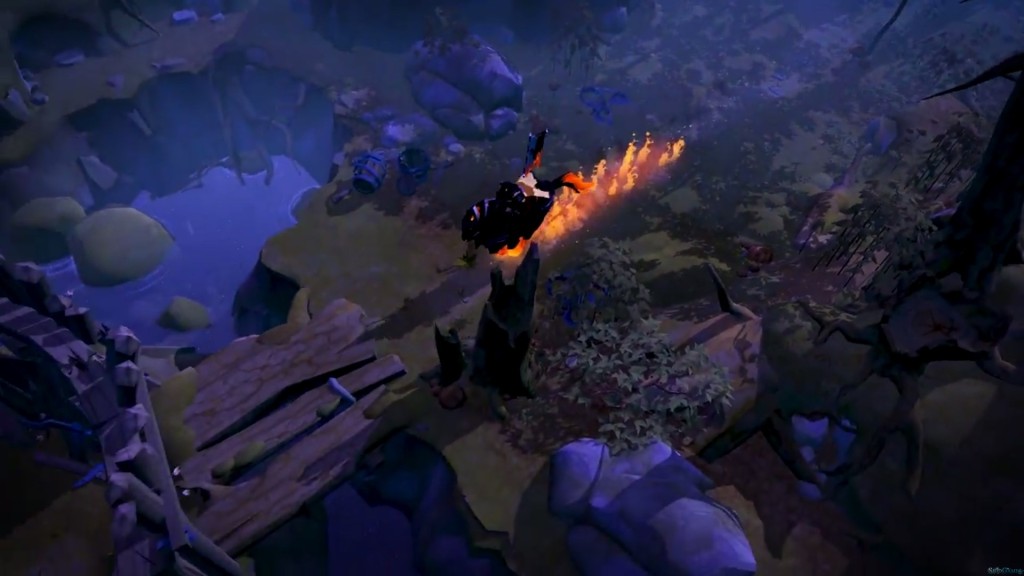 The game is suitable for players who loves to play freely with builds and play whatever class you want mixing stuff like a “sword mage”. Albion Online is for a person that loves to gank people and steal their stuff and love to take risks by going out in danger zones. Craft your weapons, cook your consumables, grow your own animals, have a cool island with your own buildings and your own private space in the Albion world. If you love to play competitive in intense situations, such as 5v5 Guilds vs Guilds or Hellgates (Mix of PvE and PVP).

A Reddit user RealApple shared his advantages of the game and why he enjoys it. The veteran make a list of the pros of Albion Online:

1. Open World Clusters.
2. Open World Clusters with PvP with Full Loot.
3. Instanced dungeons and raids.
4. Smooth combat, smooth graphics and animations.
5. Exploration opportunities.
6. Progression (Leveling to end game and replay).
7. Housing.
8. Community, (Group/Guild action, 5-man team activity).
9. Player driven economy.
10. Skill based combat (You are able to outplay your enemy if you are better).
11. Hardcore/Casual friendly.
12. Grinding for loot (Hellgate boss, other bosses).
13. Charismatic and diverse builds.
14. PvPvE content (Hellgates, open world raid bosses).
15. Great visibilty of of enemy/mob spells and abilities.
16. Hourly/Daily action with PvP zone chests that contains some loot for the one who opens it.
17. Fast learning game. Not hard to master the game if you put time into it.
18. Solo-friendly game altho its recommended to join a guild to be able to progress faster.
19. The ability to buy “premium” with ingame currency. Means you dont have to spend rl money.
20. Everything but a P2W game. Nothing in this game contains P2W.

For players who want to control and manipulate the ingame market prices of the items, Albion Online is the most attractive sandbox game. You can also play on different devices: computer, tablet and smartphone. Albion Online is the first PC game to enable the exact same experience on tablets. Anyway, the game is scheduled to be released on July 17th, 2017.