Here are a few suggestions as to how you should prepare for what’s to come.

Weapons For Destiny: The Dark Below

You’ll want to be well-equipped when going into the DLC content, for which you should have some of the best weapons that the vanilla game has to offer. Make sure you’re well-distributed between your Primary, Special, and Heavy weapons. 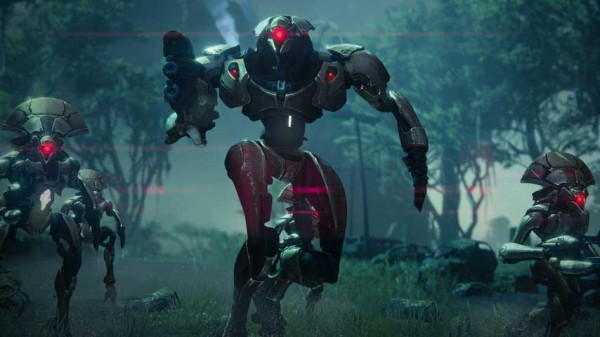 If you’re unsure which ones you should be going after, here are a few recommendations.

Have your weapons upgraded with the Oracle Disrupter perk so you can penetrate the Knights’ shields.

You’ll certainly be needing a few Specials for the Crota’s End raid, as you have a variety of nuisances like the Wizards who need to be dealt with the help of the likes of Ice Breakers.

Nothing spells ‘kaboom’ better than Heavy weaponry, and you should have your biggest player equipped with the best kind to face the onslaught that awaits in Crota’s End.

For builds, you should have at least three specializations covered for the Raids and new features of the game. The specializations that you’ll really need are Sunsinger, Defender, and Bladedancer.

Check out Sunsinger Builds, as you’ll need to understand how to be a vital supportive DoT character, especially when your party is ready to tackle the Crota’s End Raid.

You’ll also want to check our Defender Builds. Defenders are extremely important during Raids, and you’ll need ones that will utilize their blinding grenades to get past some tough foughs.

Last but not least, you’ll also want to have a peek at some Bladedancer Builds, as the Bladedancer’s stealth abilities will allow you to take out large groups with ease.

I’m looking at you, nasty Thralls.

You’ll want to start reserving certain material, as the DLC is bound to give you some additional new reasons to preserve the goodies. Here are a few materials that you should be a bit more cautious about:

You shouldn’t need to use farmables anymore, so keep them safe till the release day of The Dark Below, then spend them when necessary. This is a neat little trick that you should practice with most farmables whenever a DLC is coming up.

Keep in mind the cost and recoverability of each item before you decide what to do with it now.

Strange Coins
Get these maxed out if you can. You’re going to need these for the Exotic Shards.

Ascendant Materials
You may not need so many of them, but make sure you have enough for you. With new guns at vendors, you’ll be able to use them on the new weapons, so hang on to these before going into the expansion.

Synthesis
Buy heavy ammo from Xur. You should have enough strange coins to deal with these and whatever Exotic Shards and upgraded Xur gear you need. level up faster just click here.

Enemy Glimmer Rewards
Time to start saving! Try to collect as much glimmer as possible for yourself – the glimmer rewards pieces are your only way of stocking up money.

Legendary Engrams
You should save these now. You’ll have new legendaries coming up from factions. If you manage to save these, you could really boost yourself up quickly when you manage to get early access to some shiny new pieces.

Faction REPS
You should now leave your packages in the postmaster. Remember, the packages are only generated when they are opened, so with the possibility of new stuff arriving with the DLC, you should block them altogether for now, so you can utilize them later on and get yourself new goodies.