Bungie has released a new hot fix to further deal with the issues that have appeared in “Destiny” following the release of “The Dark Below” expansion. For the latest hot fix, the main focus was on Crota’s End Raid and all of the weapons, rewards and activities that come with it.

Virtual Reality Progresses At CES 2015 As New Contenders Razer, Avegant Glyph And 3D Head Join In
While a previous report has already detailed what’s coming for Crota’s End Raid, there are a few more details given for the Iron Banner, some activity rewards, weapon upgrades and map additions. Check out the list below for the newest updates:

- The Iron Banner is already live now, and among the things to expect are the following Legendary Gear: Level 32 Hand Cannon, Level 32 Rocket Launcher, Level 32 Gauntlets and Level 31 Chest. There are also playlist weapon drops which include the Level 32 Sniper Rifle and Auto Rifle. Destiny power leveling makes you upgrade easier.

- The Control, Clash and Iron Banner playlist will be seeing the following new maps: The Anomaly, Asylum and The Burning Shrine.

- For the weapons, Hive Breaker upgrade has been disabled on the Sniper Rifle Black Hammer until it becomes fixed.

- Finally, for the activity rewards, there are two things to note. The first is that an issues has been fixed where Ascendant Materials are no longer a reward for Daily gold-tier public events. The second is that Weekly Nightfall Strikes can now bring in nine or more Strange Coins as reward.

Apart from dealing with some of the issues brought on by the latest DLC, it appears that Bungie has also been hard at work with the other known expansion, House of Wolves. And if a new leak is to be believed, then it will be bringing quite a number of new additions and content.

IGN has spotted the leak provided by another “Destiny” Redditor fan. The leak reportedly comes from 4chan, the fan-based forum board, wherein the data seems to have been mined from the existing content. An image of the mined data can be found in the link above, and it details some of the things that “Destiny” fans can expect.

If the leak is to be believed, then “Destiny” will get three more Story Missions, two Strikes, a new Raid called The Arena and four new Crucible maps. There are even titles given for the maps, namely “Thieves’ Den” on Venus, “Black Shield” on Phobos, “Widow’s Court” and “The Timekeeper” on Mars.

As usual, there seems to be new pieces of armour as well following the trend seen in The Dark Below. At the same time, 37 ships, nine legendary weapons and two more exotic weapons have all been scavenged in the data mining. The last two have been identified as a scout rifle and a shotgun. 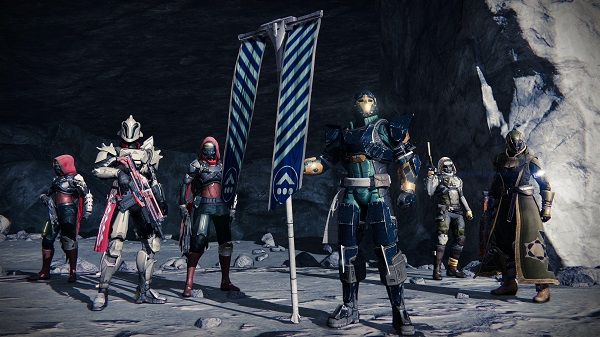 According to the source, both of the weapons appear to have viable strength. The scout rifle 347 Vesta Dynasty allows for two aptly named modifiers, Goliath (to increase player’s armour stat even with non-precision kills) and David (to increase agility with precision kills). The shotgun Lord of Wolves has the Devil’s Touch modifier where your targets will catch fire after you hit it rapidly.

For now, Bungie has not yet commented on the leak, and it appears that it will be keeping its peace until the time comes for the official announcement. Fans can continue to speculate, but bear in mind that most of the mined data should be treated with a grain of salt until the developer confirms the details.