Destiny players on PlayStation and Xbox consoles are already familiar with tweaks and changes to the game’s economy, gameplay, and weapons. In fact, Bungie recently detailed a slew of weapon buffs and nerfs coming in the next patch. However, the developer admitted that it has made mistakes in the past and is still learning. Which begs the questions, should Destiny power leveling have an on-going public test server to ensure the changes are well-received by the community? 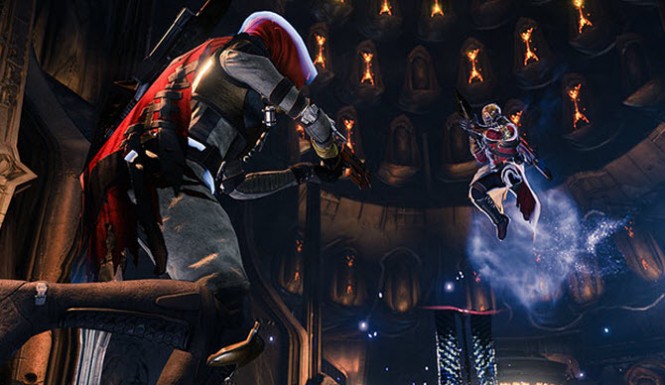 Bungie has avoided calling Destiny a massively multiplayer online (MMO) game and has gone with “shared world shooter” in the past. Still, many consider the game to be a MMO or at least a MMO-lite (like myself) and public test servers aren’t uncommon with MMO titles.

For example, The Elder Scrolls Online launched a public test server last June. It is currently being used to test the upcoming 1.6 update which is adding all new functionality like the Justice and Champion Systems plus the Crown Store that is part of the new Buy-to-Play economy. It’s only been out approximately a week and ZeniMax Online has already fixed numerous issues with a 1.6.1 patch. There’s been over 300 suggestions from those who have played on the test server as well.

The idea of a Public Test Server isn’t limited to MMOs either. DICE opened a Community Test Environment for Battlefield 4 Premium Members last year to help its developers iron out issues to the game and make updates to gameplay elements such as movement and weapon balance. Other examples include Diablo III‘s Public Test Realm and World of WarCraft‘s Public Test Realm too.