The heavy ammo bug has been fixed in the new 1.1.1 update, which also includes new weapon balancing and changes to the weekly heroic strike. 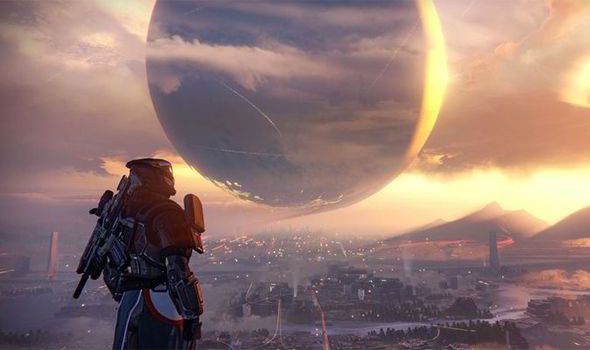 Matchmaking is now mandatory for the missions, while the Iron Banner playlist now contains smaller maps in its rotation.

Bungie promised that changes first planned for Iron Banner events were to be included in the new 1.1.1 update, along with a few extra ideas.

Destiny fans will also see a drop in Special ammunition being dropped by their enemies in the crucible, with Guardians no longer dropping heavy ammunition when killed in PvP.

A fix for a continuing issue in which Xur did not carry exotic engrams in inventory on certain dates was also introduced.

A minor bug has also been introduced to the game through the latest update, Bungie confirmed.

A blogpost from the developers revealed: “A bug was introduced in 1.1.1 patch that caused the Vex Mythoclast to spawn with less ammo in the magazine and reserves in PvP.

“This weapon was affected by overall Fusion Rifle changes because it is treated as a secondary weapon.

“We intend to correct this issue in a future release.”