Destiny’s second expansion, House of Wolves, will add a new gameplay mode called Prison of Elders when the add-on hits later this month, and Bungie plans to reveal more about that new endgame activity tomorrow, May 6. 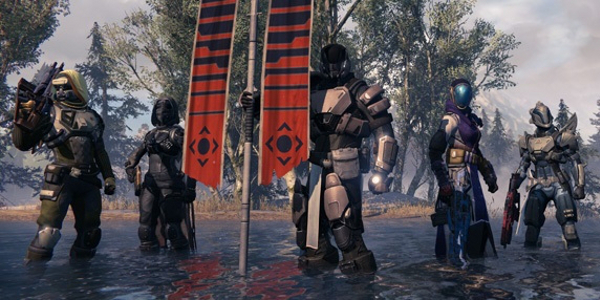 In a new teaser video, we get an early peek at Prison of Elders, which sounds like a cooperative, horde mode-style gameplay option for three players. “Prepare for combat. Fight. Kill. Survive,” the teaser says.

Destiny: House of Wolves senior design Matt Sammons will reveal more about Prison of Elders during a livestream on Twitch on May 6, starting at 11 a.m. PT. He’ll be joined by special community guest Professor Broman.

House of Wolves will raise Destiny power leveling cap from 32 to 34, and players will be able to exchange ascendant and radiant materials and redeem commendations for reputation to help them get there. Guardians will also have the chance to level up their existing gear through a process called “ascension.” The upgrades allow for maximum attack to reach 365 on weapons like Fatebringer, Bungie confirmed in a livestream last month.

Bungie revealed details on House of Wolves’ new social space in the Reef and the Trials of Osiris competitive game mode in April.

House of Wolves comes to Destiny on May 19 for PlayStation 3, PlayStation 4, Xbox 360 and Xbox One.