In Path of Exile, some players very confused on what the best way to spawn the bosses that drop shapers orbs is. Some players said that they have done tons and tons of maps that were shaper influenced to expand elder influence but still no boss spawned to drop it. 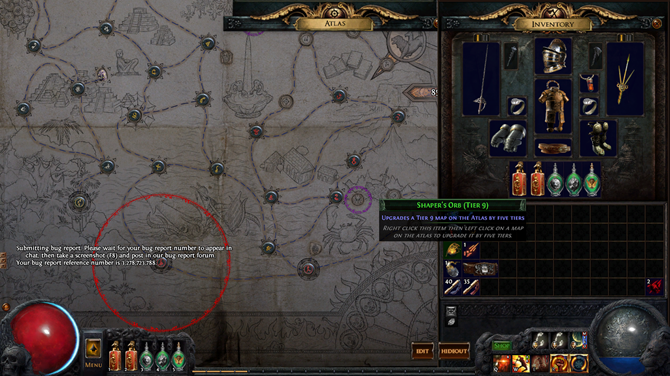 Keep doing this to grow the elder blob. When elder blob grow to certain sizes, memory fragments will appear. At higher sizes like 20, elder will spawn with his four guardians. Defeat the guardians and then elder to erase the blob and start the cycle over.

Elder spawns on white map is white elder, yellow map is yellow elder, and red map is red elder. Elder on shaper map is uber elder. You can collect memory fragments 1-10 from other people’s atlases, but 11-15 have to come from your own.

Hopefully the above guide will be helpful to you. If you do not want to lag behind others due to lack of orbs, you can buy poe currency on our website.