The Elder Scrolls Online was already a successful MMO, but thanks to the recently released add-on Morrowind, it became even more successful. Over 10 million registered players have been registered so far. For success, there are soon two new DLCs.

The Elder Scrolls Online Morrowind is on the market just a week ago and has already increased the ESO’s registered brand from 8.5 to over 10 million. This does not mean, however, how many players are actually online every night, but if only a fraction of it regularly plays, the Elder Scrolls MMO is likely to do quite well. 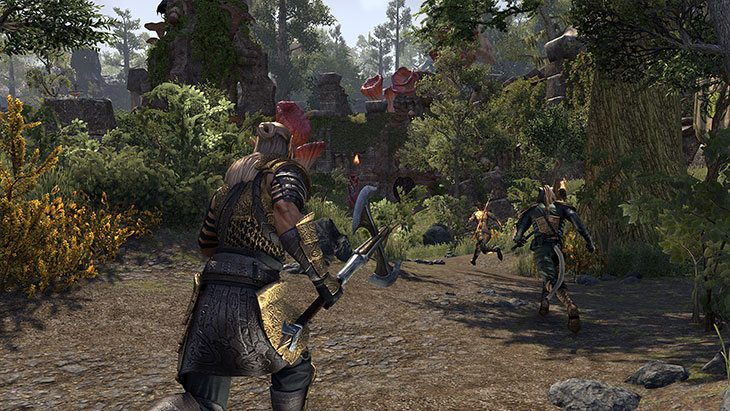 But this is not the only innovation to ESO, ZeniMax announced two new DLCs for ESO, which should be interesting not only for Morrowind owners.

Most Critics Agree – Morrowind is a great addition to ESO, but a criticism has been mentioned again and again: ESO offers too little MMO content. A great story is nice and good, but where are the instances where I can do tricky boss fights with my team?

In Morrowind itself, there was only the great raid and public dungeon. With the DLCs “Horns of the Reach” and “Clockwork City” announced on the E3, three new instances are coming into play.

In August, the first DLC package “Horns of the Reach” will be released. This includes a big update for the whole game (regardless of whether your Morrowind or the DLC buys). 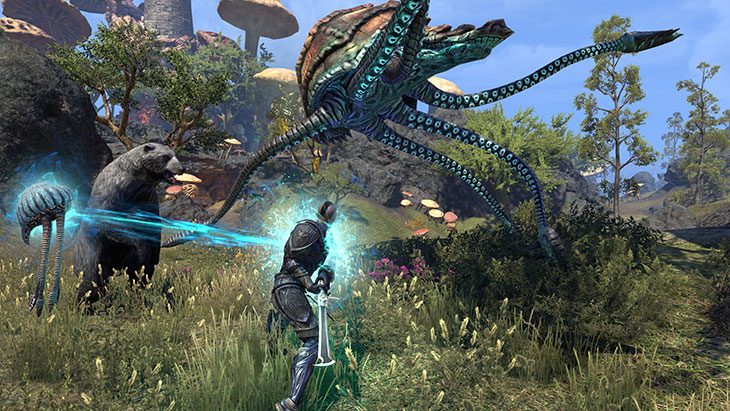 There are new objects, houses, costumes and holiday events. If you buy the DLC, you’ll get two new dungeons called “Bloodroot Forge” and “Falkreath Hold” as well as a new PvP battlefield called “Arcane University”. Morrowind must also be present for the latter.

Explore even more of Sotha Sil’s Clockwork City in this new DLC game pack coming to ESO. Daedric forces are at work once again, and your help is needed to prevent disaster.

At the end of the year the DLC will appear and offer a great dungeon in the clockwork city. And although the Clockwork City is on Morrowind, you do not need the new chapter to play the DLC.

As always, both DLCs will be included in an ESO subscription as long as you keep the ESO Plus subscription. With the two announced DLCs, the roadmap for this year should be known.

2018 expect us at least three more DLCs as well as probably a new chapter, which should fall as far as Morrowind.