let’s see Destiny expert talks about what it’s like to communicate in the game without using a headset. The result is quite beautiful.

When I arrived at the Tower for the very first time in Destiny, after fighting through the rusty, infested Cosmodrome, the first thing I witnessed was a Guardian dance party. That pretty much set the tone for the way I would experience the rest of the game: alone, quietly interacting with players around me with the D-pad, and taking in the atmosphere of this awesome game. Even though the game is designed for cooperative play, it’s the beauty of the solo playthrough that captivated me the most.

Yet I’m not sure whether my solo experience was an accident or incredible foresight on the part of Bungie. Destiny overwhelmingly supports the player who wants to game in a group. Cooperative Strikes and Raids are required to level up and get the best gear in the game, level up fast by using cheap destiny power leveling, although I had to overcome some shyness to do it, I experienced those, as well. There’s a good balance between both the solo and cooperative experiences that really speak to the fantastic framework of Destiny. 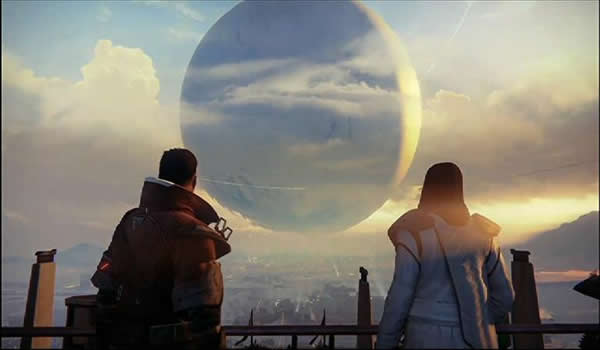 But for the most part, I chose to stand alone.

POI was drawn in by the potential for independence in Destiny, and to the potential for a loneliness made more poignant by the presence of other players. My choice to play alone as much as possible was based on my shyness and familiarity with lone-wolf shooters instead of MMOs, but also on journalistic distance.

Watching from the edge of public events, deciding whether or not to dive in, I was reminded of photographers like Phil Rose and Luis Serrano, who in the fall of 2013 became “war correspondents” in Grand Theft Auto V. If someone wanted to, he/she could document all the little wars in Destiny, all the revives, and silent gestures. Because much of the game in the first two months didn’t allow seamless conversation between players, as if Bungie wanted the music to swell, uninterrupted by team coordination. This, of course, has been changed in the latest patch.

Destiny in its first week was as different from Destiny today as Destiny today will be from Destiny a few months from now. Like any MMO, it grows and changes as updates are applied. Already, Bungie has changed how the multiplayer modes and communication work. For one thing, as of today, players can easily toggle between world and fireteam chats, opening the doors to better communication within the game. 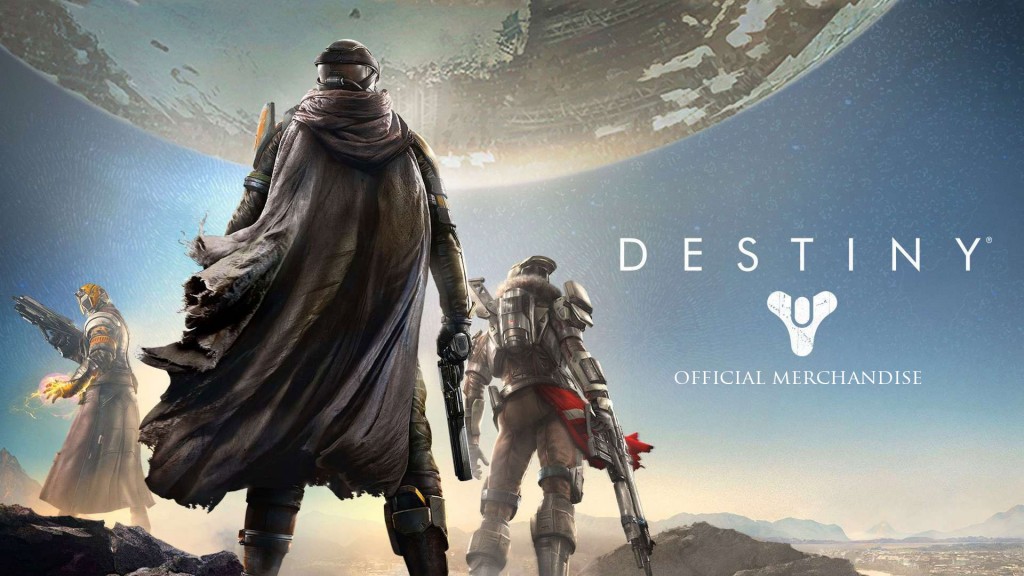 But Destiny back in September was a much quieter animal. Back then, I could stop to smell the metaphorical roses on Mars and wave at distant Guardians before hovering my finger over the “invite to fireteam” option. But I always decided to continue on my own.

Communication in Destiny with players who aren’t on your friends list is largely controlled by the d-pad. Pressing to the right makes your character dance, sinuously and to a silent beat — this isn’t Mass Effect and the Shepard shuffle. Pressing up on the d-pad makes the character wave. Pressing down means they sit down, and the animation on this is excellent. While there’s no real advantage to sitting down, the character looks carefully at the ground and sits, gun and armor and all, in an apparent Zen relaxation. It’s beatific.

Likewise, there is an eerie beauty in humming along on the Sparrow, watching shooting stars in the sky or pausing to watch green liquid boil in the deep fantastical pits on the moon. The music has the operatic heft of Halo’s sometimes, and at other times accelerates into an aggressive electronic sound so much like the Skrillex-composed soundtrack for the fictional game “Hero’s Duty” in Wreck-It Ralph that it almost sounds like a tongue-in-cheek acknowledgement of its own genre.

The new team chat is, for me, a gift and a curse. Team chat can make Strikes more engaging and cooperative. A good chat creates a delicate balance between the glib or tactical real-world discussions and the heavy tone of Destiny’s world. It also breaks an illusion, though, becoming less high fantasy and more Wreck-It Ralph. For me as a character-based player, silence can be poignant.

That’s another advantage of playing solo — the creation of the player character as something separate from the player. Maybe it’s narcissistic to come up with a backstory and motives different from mine for a character who basically shares my face, with a fuller-lipped version of my scowl. This is the realm of fan fiction writers and roleplayers. I know that language better than the language of raids. That character doesn’t have to stay alone, either. In forum discussions and tumblr posts people ask questions about each other’s Destiny characters, find out what their favorite colors are or what they would order in a coffee shop. Characterization like that may be lost in translation on a competitive team.

Solo play allows a person the chance to sit back during a mission, to look around at the landscapes that animators have poured hard work into for such a long time. For example, I did this at the entrance to the Black Garden only to scope out the gorgeous seeting and watch the red flowers that “bloom forever,” according to the Grimoire, Destiny’s database. I wonder what a team would’ve said to my holding them up. Probably not something nice. But here, in this moment before the climax of the story, I sought true fulfillment from this universe.

Destiny is overwrought sometimes, too mysterious for its own good. At other times, its own silence about its story keeps the Vex frightening the Reef tantalizing, a woman encased in armor and a Ghost made entirely out of encasement surreal, and frightenging strange and mechanical and dark thing that just stepped through a portal. I want to escape into that story of a half-alone hero discovering this universe instead of hearing other people’s voices.

Playing against the grain isn’t always a paradise. Playing alone is a bull-headed war of attrition in a way that the more dynamic multiplayer modes aren’t. Solo play means greater reliance on your Ghost, too, which is usually a death sentence. Bounties and Patrols become gruelingly repetitive murder-fests. I’m sure I’m missing something in not having the Raid experience in the same way others have. Some of my favorite moments in Destiny were cooperative, like kicking a ball around in the Tower with other Guardians, or the victory dance at the end of a Strike.

Sometimes it’s the unexpected things that we stumble on by accident that make it interesting. Those things can come from the environment as much as from other players. Destiny has given us at least a slice of a big world, and it’s nice to travel alone for a while.