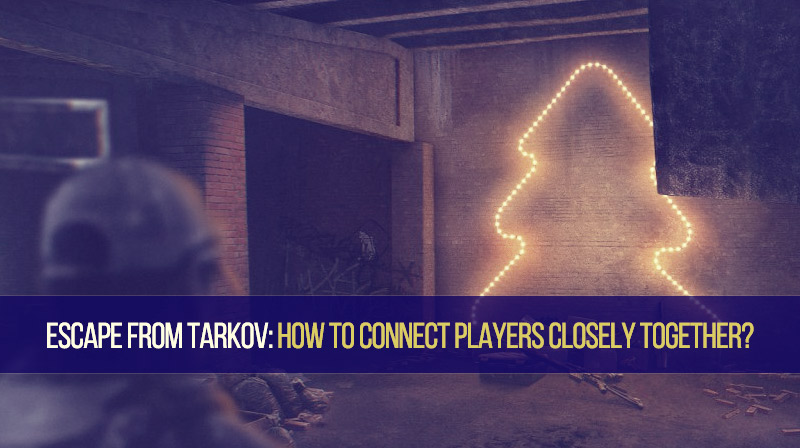 Escape from Tarkov is not just a video game. I want to call it rather a social space, a separate gaming ecosystem. And the point is not only in the complex in-game market but also in the players themselves.

BattleState Games is creating a very complex and niche game that not everyone risks even trying to play. Therefore, the community at Escape from Tarkov has formed from unusual people who give rise to remarkable stories.

To not speak in general words and empty praises, I will give an example—the end of wipe 0.12.10. A new patch is coming. To prevent players from being bored of waiting for him, the developers released several thematic events: they introduced an impenetrable fog, banned pouches, cut prices for goods, settled bosses in other locations. One of these events was an offer from the Buyer: if the players leave the site in a pair of PMCs + Dikiy, then both will receive 100,000 in-game dollars – which is a lot of Escape from Tarkov money within the framework of the game.

The task is difficult because PMCs and Wilds are usually accustomed to shooting at each other and rarely cooperate, mainly because the Wilds have no phrases to communicate, only a random shout button from the list. Whereas PMCs can say things like “ceasefire.” That is, evacuation through the Dikiy + PMC exit is possible only with competent cooperation and trust of two random players in each other.

What began next is an example of mutual human assistance, rare in our time. People in discord chats and on thematic forums gathered whole teams to go out through these exits.

Special rules were developed on distinguishing a peaceful person who came for dollars from an ordinary aggressive player (it was suggested to go to the map in the bright blue uniform of a UN peacekeeper). The entire community practically laid down their arms and banded together to receive in-game bonuses. People rallied around a common goal because it was fun. And they knew that in a week, everything extracted would reset the wipe.

After all, thanks to its game design, Escape from Tarkov spawns beautiful stories on its own. My favorite is the Dick raid at the local mall. At my base, I ran out of filters with which I extracted clean water to produce moonshine. I went at night to the maintenance department of the Ultra shopping center at the Interchange to steal one or two filters. A search of the shelves yielded nothing – found only a couple of canisters of propane. Better than nothing.

Then I suddenly see another Wild one, and not a bot: this is also a person since he moved too suspiciously and was in an area where bots do not go. I started to quickly press QE, thus wobbling amusingly – a universal gesture of “I am peaceful” among games in the spirit of Arma. But instead of shooting, he hesitated. He began to swing back! We realized that at midnight, we didn’t want to shoot at each other. We swayed, jumped, and scattered in all directions.

After looking around the mall a little more, I came across this petition again. No wonder the nearest exit to the evacuation point is only one. We repeated the jumping and swinging ritual to ensure our mutual intentions, and this time we went together.

Already at the exit, I offered him one of the gallons of propane as a sign of friendship, but he refused. And, before escaping from the location, he suddenly threw out the water filter, for which I came first. I walked in front and covered, and he limped behind – apparently, he was loaded with loot.

So my desire to be friends and not shoot at members of my faction has brought me a profit and, more importantly, a hilarious experience and a funny story from a video game.

And when such situations occur, you forgive Escape from Tarkov everything. Unjust deaths, bugs, out-of-syncs, idiotic game design – everything is forgotten after that only raid in which you, together with a stranger, decided to bury the ax of war and escape together in the conditions of Tarkov’s cruel realities.

The community around Escape from Tarkov is fantastic. It is global: across the globe, in all languages, the game has streamers. And not conventionally one popular per region – but dozens who, if not only stream BattleState Games, then at least devote most of their time to it. I was shocked when I found V-tuber who was streaming Escape from Tarkov. This is what you can’t expect in a harsh Eastern European military MMO shooter.

There are many talented artists, content makers, and just lovely people among the fans. The most striking example is the streamer Pestily, an Australian military before Escape from Tarkov broadcasts. After the service, he had nothing to do, and he decided to become a gamer. And for this, he chose the most successful game that he could find – a harsh combat simulator, as close as possible to realism.

The history of Pestily is so entertaining and incredible that it deserves a separate article. Not only did the military find himself in a video game about, in fact, his former job, he is also actively involved in charity work.

Related: Escape from Tarkov: A game of Russian spirit and style.